When you ask anybody out there, “what is the most popular Nintendo game of all time?” Some people will tell that it is Super Mario. Mario has become a household name particularly in the platform-adventure game genre.

One of the greatest Super Mario games of all time is the Super Mario Bros. 3. The game was released back in October 23, 1988 in Japan and February 9, 1990 in North America. When people got heir first hands-on experience with the game, they turned into instant fans.

The complex levels and challenging gameplay are the elements that got people hooked. Not only that, but you can obtain powerups as well, to help Mario beat each level. Each succeeding level gets more difficult, so at times, you need to play with your best. 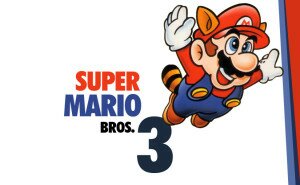 Mario and his brother, Luigi, were successful in upholding the peace of the Mushroom Kingdom. The bad guy, Bowser, has set out his seven children to wreak havoc once again in the Mushroom world.

The Mushroom World has a total of seven kingdoms. Each kingdom has a special magic wand. These magical wands were stolen by Bowser’s children, otherwise known as Koopalings, and they used these magic wands to turn the Kings into critters.

However, Bowser has some other nefarious plans. He thinks that his plan might fail, so he devised a plan to kidnap Princess Toadstool. After hearing the news, our heroes didn’t delay and both of them set out to rescue the princess.

After rescuing Princess Toadstool, the peace was finally restored once again.

For a game that is 17 years old, Super Mario Bros. 3 is quite an expansive game. The game has a total of 8 worlds; each having their own uniqueness.

The 8 worlds you can explore are:

There is also another world you can explore called the Warp Zone. This special zone can only be accessed when you use the Warp Whistle.

Mario transforms into any of them depending on the item he gets. For example, small Mario (the starting form) will turn into Super Mario when he gets a Super Mushroom. Mario can transform into Frog Mario when you get the Frog suit. And so on.

So, if you’re out looking for a great platform-game, Super Mario Bros. 3 should be on your list.